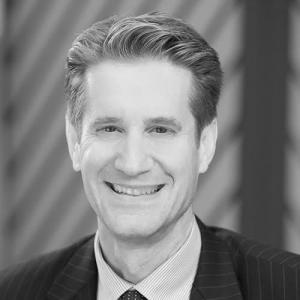 LONDON, UNITED KINGDOM, May 12, 2021 /EINPresswire.com/ — Matthew Bryza, a former US Ambassador to Azerbaijan and former Deputy Assistant Secretary of State, has joined IKAR Industries LLP, as new CEO of IKAR Energy Group, based in London.

IKAR Industries has a broad range of investment targets with group companies focused on the technology, real estate, hospitality, security and safety, sports and entertainment, and energy sectors. It is an entrepreneurial investment group, with a geographic focus in the United States and North America, Europe and emerging markets. The group has representatives in Amsterdam, Berlin, Boston, Chicago, Istanbul, New York, Washington DC, and Zurich.

“Since I finished my active career as a Diplomat, I very much focus on the business world. Since more than two decades I am involved in the international energy industry. The global strategy of IKAR, in particular in the energy sector, the distinguished professionals within the IKAR Group and the strong leadership skills of two founders have convinced me to join the exciting journey of IKAR and leading the new energy entity within the upcoming years to one of the most recognized investment groups in the energy world”, stated Matthew Bryza.

“We could not be more happier than having Ambassador Bryza on board. His decades of experience within the political and energy world, is somehow unique and makes him the perfect CEO of our new entity. That Ambassador Bryza joins us also as a co-founder and partner shows me how convinced he is with the overall strategy of IKAR,” said Mario Diel, Chairman and Co-Founder of IKAR Industries.

“I know Ambassador Bryza for many years. I admire his diplomatic skills, his visions about the energy industry and how important a professional set up is, especially in emerging markets. He is living and working for many years in one of the most challenging and exciting regions, which are crucial for the development of these countries but also for the energy supply of the western world. Together with him we are looking forward to develop and being part of these challenging projects and investments” said Howard Beasey, IKAR’s President and Co-Founder.

Matthew Bryza is the former US Ambassador to Azerbaijan and the former Deputy Assistant Secretary of State for Europe and Eurasia.

He also served as a Director at the National Security Council in the White House for Turkey, Greece, Cyprus, the South Caucasus, and Central Asia.

He started his diplomatic oversees career in Warsaw and Moscow.

Ambassador Bryza is a board member on several international Holdings as well at the James Town Foundation. He is furthermore a Nonresident Senior Fellow at the Atlantic Council.

IKAR Industries is a British investment group, headquartered in London, United Kingdom and mainly focuses on the technology, real estate, hospitality, security and safety, sports and entertainment, and energy sectors.

IKAR is an entrepreneurial investment group, with a regional focus on the United States and North America, Europe and emerging markets. The group has representatives in Amsterdam, Berlin, Boston, Istanbul, New York, Washington DC, and Zurich

Ikar was founded by German businessman, Mario Diel, and business executive and retired US Marine, Howard Beasey, in 2019 in London, United Kingdom. The founders’ vision was to create a conglomerate of companies across a diverse spectrum of sectors reflecting their own backgrounds and expertise but boosted by the power of a distinguished team of former politicians, government leaders, executives and entrepreneurs and their collective networks.