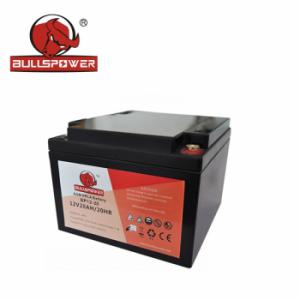 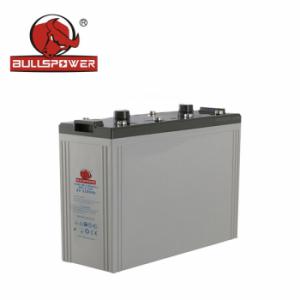 Starting with first things, VRLA stands for Valve-Regulated Lead-Acid Battery which is also usually known as being a battery that is sealed inside a container

HUIZHOU, GUANGDONG, CHINA, March 25, 2020 /EINPresswire.com/ — Starting with first things first, VRLA stands for Valve-Regulated Lead-Acid Battery which is also usually known as being a battery that is sealed inside a container and also does not require any maintenance. They are a form of rechargeable batteries which are developed by various VRLA battery manufacturers.

How are these batteries made?

A battery that is made by joining various multiple cells using acid of lead in them are known as lead-acid batteries and contain multiple lead-acid cells which are connected in series with each other inside the given container. These types of cells contain two electrolytic flat sheets of lead, which shows as a somewhat fluid-like appearance of the electrolytic solution containing sulfuric acid.

When these batteries are in use by various appliances, they generate power by the reduction reaction of lead plates by reducing them into sulfuric lead oxide. These batteries are known as rechargeable batteries since they have the ability to get charged again. During this recharge, the above-mentioned process gets reversed, which means that the sulfuric lead oxide gets broken down into the initial reactants of lead and acid containing sulfur compounds. Since perfect reversible reactions do not exist in practical experiences, the same phenomena exist here because this case is also not perfectly reversible. Here, the release of hydrogen gas takes place from the reaction before the gas can mix completely with the minimum amount of water which is present inside the container of the acid battery. If the gas builds up inside the container, it may lead to the explosion of the battery and to avoid this situation, a vent finds its use for the purpose of relieving the pressure built up by the gas. These valve-regulated lead-acid (VRLA) batteries also have another mechanism in place to avoid these types of problems which aims at preventing the movement of the electrolytes and ions in the container. It is by creating a trap for the hydrogen gas around the plates to make them available instantaneously for the process of recombination during the process of getting recharged.

This type of system of construction allows a great reduction in the amount of water that is lost during the process of charging or discharging the cell, thus leading to the naming of the battery as maintenance-free because is there is no need for additional water which allows the battery to be completely sealed. All thanks to this type of mechanism, this battery can be used in any orientation or position as preferred by the user without having to worry about acid spilling. When the process of charging is complete, two events may take place. A boiling electrolyte occurs which will produce considerably high pressure and along with this, the gas that is built up may be too abrupt for the recombination process to occur with the present water. For the regulation of these events, the VRLA battery manufacturer provides these batteries with a one-way valve into the batteries' body which will open only in the case of high pressure building up. The immobilizer which is employed in this type of battery guarantees that no cases of spilling or leaking of the fluid inside the battery will take place.

The electrolytic reaction that occurs in the cell:

Each cell is comprised of the cathode, anode, and a solution of dispersed electrolytes. Anode and cathode are two types of electrodes which are responsible for the conduction of electricity through the conducting material for the flow of electric charges to take place. These electrodes are immersed in the electrolytic solution and are connected with a connecting wire externally. When these electrolytes are dissolved in the solvent, they release ions and this movement of ions causes the flow of an electric current.

When the electrolyte releases an ion, this ion reacts with the anode and releases one or more electrons. As these electrons start accumulating near the anode, they move towards the cathode through the wire and the cathode contains almost no electrons, so this movement of electrons from anode to cathode produces a current.

VRLA battery manufacturers develop batteries of two types. The first one is gel cell and the second one is absorbed glass mat (AGM).

As suggested by its name, it includes an immobile electrolyte with a jelly-like appearance and in this, the sulfuric acid is then mixed with a piece of fumed silica which is used as an agent for thickening. Due to the presence of immobile electrolytes with a gel-like appearance, the cell containing the gel can be set up in any orientation or position which allows considerable resistance to harsh temperatures, and it also is resistant to various shock and vibrations. These types of batteries are mainly used in generators, certain recreational automobiles, electric wheelchairs, and more.

With the absorbed glass mat, the battery absorbs the acid, which is then immobilized by the presence of a very flimsy layer of fiberglass mats in between the two lead plates. This configuration gives rise to the readily accessible acid on the thin lead sheets and enables a vigorous reaction taking place between the acid and plate component. The plates, which are present in the AGM battery are very flexible due to their occurrence in different designs and shapes. AGM batteries also possess an advantage by offering a very minimal amount of electrical resistance and allows faster movement of the acid between the sheets of fiber and the two plates of lead. AGM batteries provide and carrying higher amounts of amperage as compared to other types of batteries during the process of charging or discharging cycles. These types of batteries are generally the first preference to be used in motorcycles and all-terrain vehicles. These batteries are also generally used in wind power installation and also in solar power generation and as a storage bank for energy storage. They are also employed in the manufacturing of robotics.